South Africa is known for many, many things. Today we want to look at possibly one of the most entertaining and inspiring things this nation is known for: the ‘gwijo culture’ commonly seen at sports fields and in locker rooms.

This took place on Sunday night after Bafana Bafana’s 2-1 victory over Libya, securing their spot in the 2019 AFCON. In the Tunisian locker room, Coach Stuart Baxter led the team in a war-cry that clearly showed their elation. President Cyril Ramaphosa later congratulated the boys in a tweet saying, “A winning team for a winning nation.”

A similar display was seen at the final Proteas vs Sri Lanka T20 International match on Sunday at the Wanderers Stadium in Johannesburg. The Gwijo Squad, an official group that consists of people who bring the hype through song throughout a match, was there showing their support for the South African national cricket team. One of the highlights of their presence was when the Proteas joined them in belting out the national anthem.

South Africa got well acquainted with this Squad last year when Siya Kolisi captained the Springboks for the first time. In October 2018, Springbok wingers, Aphiwe Dyantyi and Sbu Nkosi, joined in on the Gwijo Sqaud’s festivities ahead of their match against New Zealand in the Rugby Championship.

Be still my heart. 😍😍 With people like these we cannot fail South Africa. We will succeed. We will flourish. We will prosper! 🇿🇦🔥🇿🇦 #answerthecall #loverugby pic.twitter.com/jALMu4VEZA

This culture is one teams such as Orlando Pirates and Cape Town City FC and schools such as Dale Boys College and Queens College are also known for. It spurs teams on, unites spectators, and adds a culture to the game that is uniquely and proudly South African. 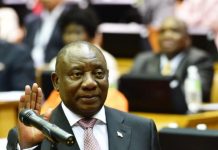 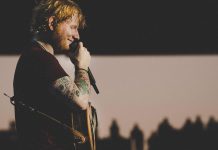