As we celebrate Youth day on the 16th of June, it is only fair to pay homage to Sam Nzima who is the photojournalist behind the famous photo of Youth Day, depicting wounded Hector Peterson being carried by Mbuyisa Makhabo and his sister Antoinette on the right, back in 1976.

If you are not aware, the late Masana Samuel Nzima was a South African photojournalist during the apartheid era. He was born on 8 August 1934 in an area called Bushbuckridge.

After his first encounter with a camera at a very young age, through one of his teacher’s, he could no longer put it down. Even as he worked as a waiter he made room to learn the skills needed to become a photographer through his mentor Patrik Rikotso. Later in 1968 he got his big break to become a photojournalist for “The World” newspaper. This then led to his world famous Soweto Uprising photo of the three students running away from trouble and in search for help during a time of political unrest in South Africa.

Unfortunately, during such political unrest everyone who was against the Apartheid system in any way was a threat to the state. For this reason Sam Nzima needed to go into hiding for years as his picture was a clear depiction of the state at the time. His photo of students fighting for their right to education and the result therefore was world changing. Sam Nzima’s historical photo showed the lengths that he was able to go to, to show the world the change that must and needs to happen.

This is a similar situation to that of the late Kevin Carter of the Bang Bang Club. This was a group of four photojournalist from South Africa who were driven by the urge to document the horrific events that took place all over Africa. Unfortunately, Kevin Carter committed suicide over ten years ago. His famous picture that won a Pulritzer Award of a vulture looking over a starving child in the dry lands of Sudan, changed his world forever.

This picture gained international recognition and awards as it told a story of a continent, country and an individual more than anything. In contrast, the feedback was not all that positive as many people questioned his state of mind as one would have thought upon seeing that situation, Kevin would have helped the child by getting the child out of that situation by any means possible.

However, code of ethics for photojournalists cannot be ignored. Photojournalists must at all times provide accurate and comprehensive representation of their subjects. Meaning they cannot add or take away from the subject as it needs to be as accurate as possible. They have a strict responsibility to ensure that what they document is shown in its purest form because a photo says more than one would hope.

To bring it back to a contemporary situation, the photo captured by James Oatway of Emmanuel Sithole, a Mozambican vendor who was stabbed and killed on the streets of Alexandra in 2015 by four men. The four men who stabbed Sithole during the time when xenophobic attacks were taking place appeared in court about a year later as the photo brought to light the identities of the perpetrators. At the time, the photojournalist said he didn’t believe he could have done anything at that moment other than let the world know of the state of the township during such community unrest.

One could argue that the line between public interest, occupation and humanity was not and is not clear when it comes to photojournalism. However, photojournalists are placed in compromising situations at times, and this is exactly what Sam Nzima was faced with on that historical day. Faced with a tough decision to make regarding his own endangered life, the lives of the three students, where one was fighting for his life and the other having to protect his life from backlash, and the responsibility to let the world know what was going on in South Africa.

Sam Nzima unfortunately had to put his dream aside after the controversy of the historical photo of Hector Peterson that circulated the world. He continued to leave his mark in society by serving in the council and legislative assembly of Lillydale and also managed a photography school in the community.

He was not ready to let his skills and talent go to waste. He wanted to create the “capturers of tomorrow”, to pass the baton. He passed away about a month ago on 12 May 2018, leaving memories of where South Africa comes from as a country and the youth, and why the nation aims for a better future.

Some heroes are the shadows in the frame. 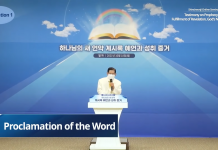 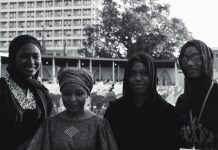 Traditional, religious and civil society leaders of Africa vow to take bold action to end violence against women and girls in the African continent 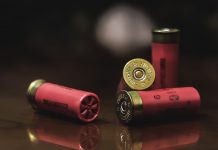 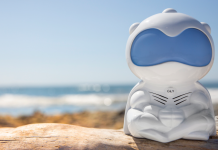 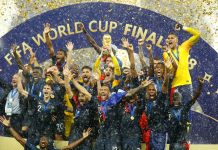