After years of economic distress in Zimbabwe, President Emmerson Mnangagwa announced that there will be a 150% increase on all fuel prices and diesel. However, this announcement was not welcomed well by the citizens. They took to the streets of Harare in protest from Monday morning, which then lead to a nationwide shutdown.

This is part of the President’s attempt to restore the country’s unstable economy which is still recovering from the economic downfall of 2008 when the unemployment rate was at 94%.

The President justified this move by stating that the increase would help tackle Zimbabwe’s fuel shortage. It will now cost about $3.31 (R43.00) per litre. Though the President maintains that this increase is in favour of stabilising the nation’s economy, citizens struggled to appreciate the move due to the already high cost of living.

The protests that have turned violent. Six lives have already been lost, over 200 people arrested, and hundreds injured as of Wednesday afternoon. Government even went as far as shutting down all internet and phone networks late Tuesday evening.

Zimbabweans outside the country showed solidarity through a peaceful protest in South Africa. They made their way to the Zimbabwean Embassy in Pretoria to call for the resignation of President Mnangagwa and the help of South Africa.

The world now awaits the Zimbabwean government’s next move as millions of Zimbabweans continue to voice their frustrations and disappointment in a government that had promised to bring them hope for a better tomorrow.

President Mnangagwa is currently embarking on a four nation tour to help reel in investments for the country. 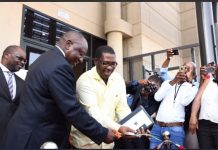 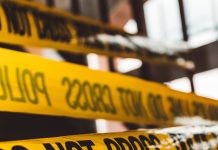