The start of this week marked our entry into Youth Month. It also launched the 22nd annual commemoration of National Child Protection week. Meaning that South Africa started observing this week every year since 1997. The statistics for violence against children have only gone up over the years but. In fact BMJ Global Health reported in 2017 that South African children actually experience ‘disproportionally high levels of violence’. Something doesn’t add up here.

UNICEF published a report that showed statistics collected by the South African Police Service over a year between 2011 and 2012. A total of 50,688 children had been victims of violent crimes. These crimes ranged from assault to murder.
Keep in mind that these are only the crimes that had been reported and there are various reasons for that as well, such as:

This is a sad reality, because whatever the statistics for crimes against children are at the end of a year, the actual rates are estimated to be much higher. Peace has been taken away from these children.

Whose responsibility is it to ensure that their peace is restored? The parents? The community or society? Or maybe it should be the Department of Social Development?

The department was at the helm of launching this year’s National Child Protection Week in Gauteng on Sunday. Children ambassadors were at the event to deliver their manifesto and ask for their right to protection, development and survival to be upheld as per section 28 of the South African Constitution.

Whose responsibility is it to see that the promises that are made are kept? Will launching this week in the public eye, even calling for the week to be extended to a month and making such promises do something about the risk and protective factors linked to violence against children in our country?

A study showed that children are at a higher risk of experiencing violence in households that are neglectful, financially strapped, or exposed to substance abuse, crime and conflict. And if they’re exposed to communities with the same issues, it also adds to the risk.
Western Cape Premier Alan Winde vowed that a provincial Commissioner for Children’s Bill would be appointed by the end of 2019.

It has been said that the role of the new Western Cape commissioner for the Children’s Bill would include creating a safer environment for children by assisting the government on constitutional matters, penalties, fines, and more. They would also advance social development by monitoring, researching, investigating and lobbying in the interest of children.

Did you know? This Bill and the appointment of a commissioner for it has been in the woodworks:
2003: it was drafted and proposed
2009: amendments were made to it
2010-2012: the South African Human Rights Commission said commissioners would be established
2015: it was withdrawn from the legislature
2017: a newer version of the Bill was tabled and opened for public hearings

Having a commissioner for the Children’s Bill might or might not be a solution. Many things have been said and tried over the years but the situation is only getting worse. So what now? What do we do? Will we continue seeing reports of children bring hurt or killed and seeing the effects of abuse and neglect reflected in society? Because these effects no doubt also have a hand in the ever-growing statistics.

What must be done to make every day National Child Protection Week? We want to hear from you. 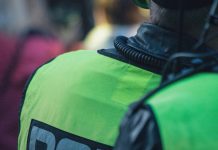 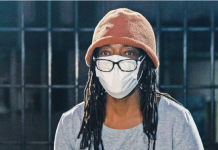 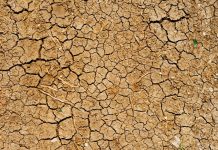 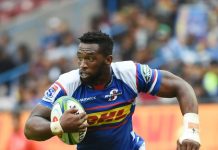